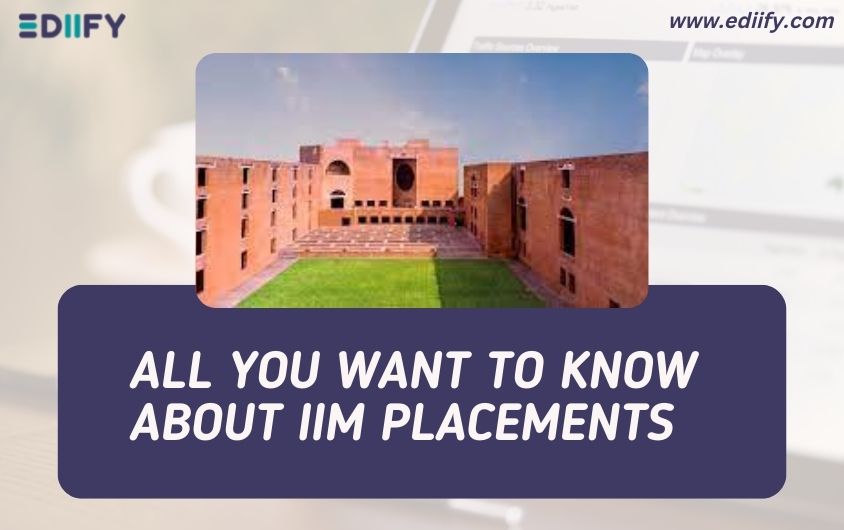 Every year, between December and February, IIM conducts placements for the MBA/PGP cohort, and between January and July, the institutions publish their final placements report for the departing class. The average pay package offered to applicants at the top IIMs is from INR 20 to 25 lakh per year, while that of the more recent IIMs is between INR 10 and 20 lakh per year. The highest wage offers at the major IIMs, A, B, and C, ranged from INR 70 lakh to INR 1 crore as CTC. The typical worldwide starting salary is INR 60 lakh. The IIM placements processes at all campuses were conducted online, exactly like they were the previous year, because to the COVID-19 outbreak. Despite the epidemic and the poor economy, final placements were carried out with a lot of excitement and received favourable comments from recruiters.

The IIM placements in 2022 were not significantly impacted by the COVID-19 scenario. Top employers, including E&Y, Deloitte, Walmart, Accenture, JP Morgan Chase, Barclays, Morgan Stanley, Tolaram, Squareyards & Protiviti, EXL, KPMG, HSBC, Goldman Sachs, Amazon, Zomato, ICICI Bank, Bajaj, Axis, Tata, and WIPRO, visited the IIM campuses once again to hire management graduates for a range of job roles. The detailed 2022 placements reports from the IIMs have been made public. See the details below for IIM placements. Graduates of the PGP/MBA programme can choose from a wide range of managerial jobs in numerous sectors and businesses. According to function, the bulk of offers are made for positions like managers and consultants. This section contains all the information on IIM placements, including those at IIM Ahmedabad, IIM Bangalore, IIM Calcutta, and IIM Lucknow.

As a result, the list below shows the IIM Placements 3 thoughts on “All you want to know about IIM Placements”