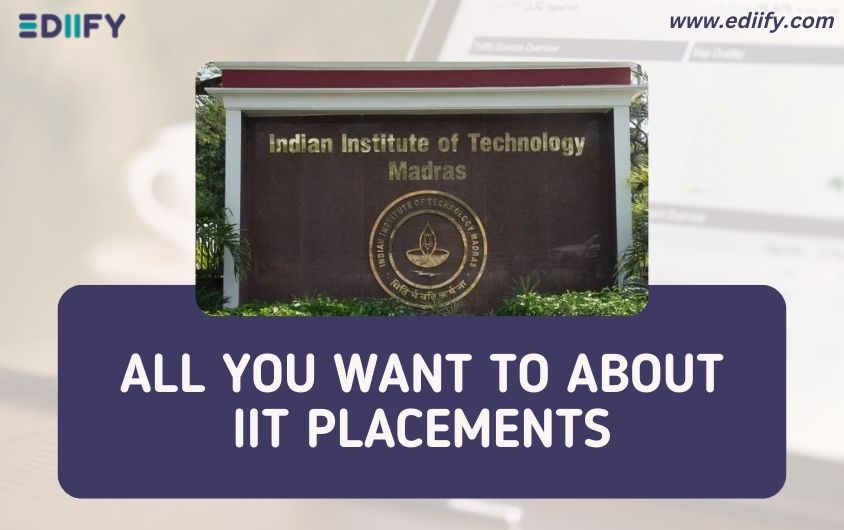 Indian Institutes of Technology (IITs) across the nation frequently hold IIT Placements in a number of phases from December to May. At the better IITs, students’ yearly wage packages often range from INR 20 to INR 30 lakh, while at lower IITs, it is typically between INR 10 and INR 20 lakh.

In the best IITs, the highest salary package is often around INR 1 crore, whereas in other IITs, the yearly CTC is between Rs 30-70 lakh. The best packages that businesses typically offer are those that are multinational.

The placement hunt for 2022 has ended at some IITs. The 2022 placement campaign has begun in some IITs and is now in progress. IIT Guwahati received the highest remuneration of INR 2.5 CPA during the 2022 placement season, followed by IIT Kharagpur, IIT Roorkee, and IIT Bombay.

As a result, the list below shows the IIT Placements

For information on the highest domestic CTC, average CTC, and highest foreign CTC offered at various IITs by various companies, see the tables below. The information is derived from 2019’s final placement reports.

The highest CTC provided to IIT students by international/global organizations is displayed in the table below. The information on display was collected from the final placement report for the academic year 2021–2022.

45 thoughts on “All you want to about IIT Placements”